The Riverfront Event Center actually consist of 4 buildings. The West building was the Fantles Departments Store, Middle Building (Eatery) was the Globe Clothiers, Men’s clothing store, The Eastern Side ( Evening Star event space) was the Scott’s 5 and Dime Store, The South building offices and meeting space was Erickson Bakery..They were not connected..

Articles are courtesy of Press and Dakotan’s Book Yankton—The Way it Was. 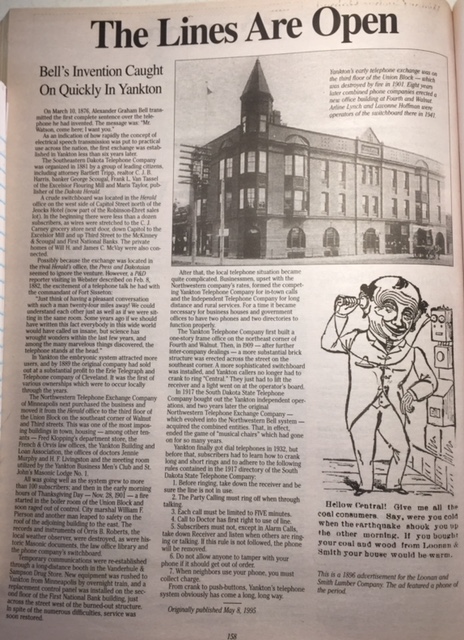 That wonderful building unfortunately burned to the ground in 1901.. 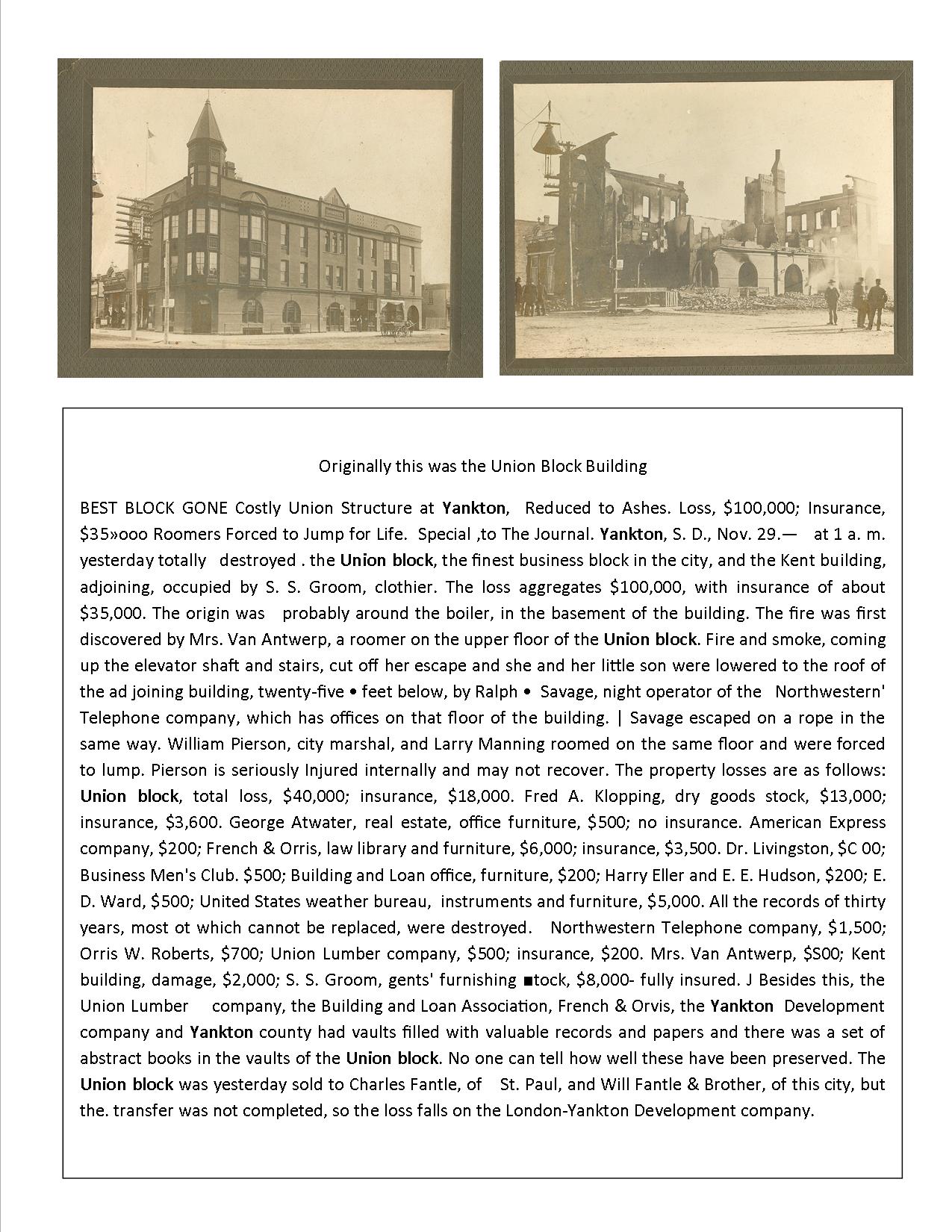 The Fantles Brothers continued with the purchase of the land and built the Fantles Department Store. Some say on the original foundation ( Where Bella’s is located) which would explain the massive rock walls down there.. Fantles had a store already downtown albeit much smaller store..It opened for business on October 7th, 1893. It was located on the southeast corner of 3rd and Cedar. 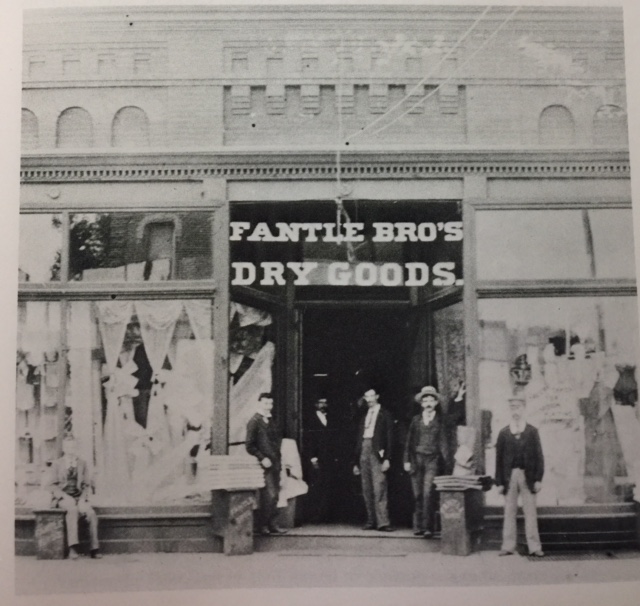 This building also burned in 1902 before they could take occupancy in the new location.. 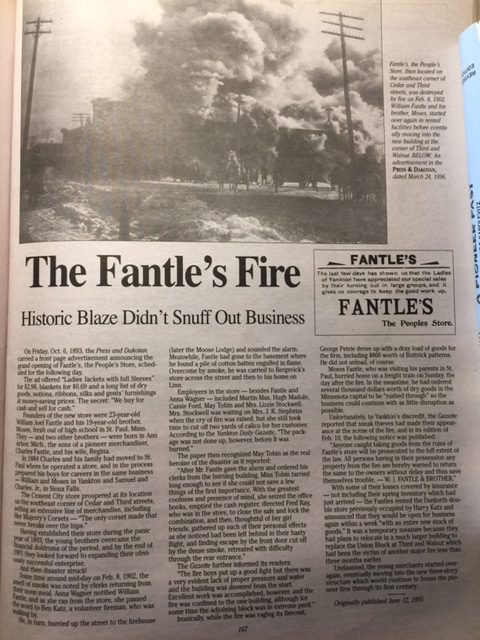 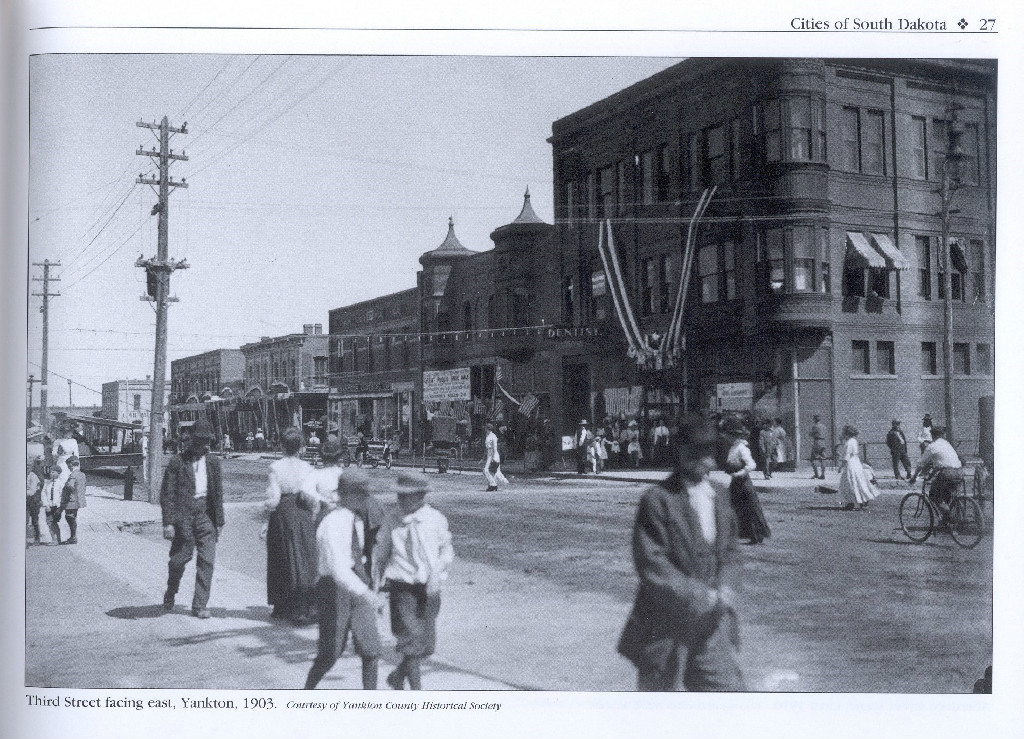 Fantles endured through all the rough times for many years. Below is men bringing in their furs to sell in town..And we are not talking finished goods, they were trappings. In the Winter..Brrr 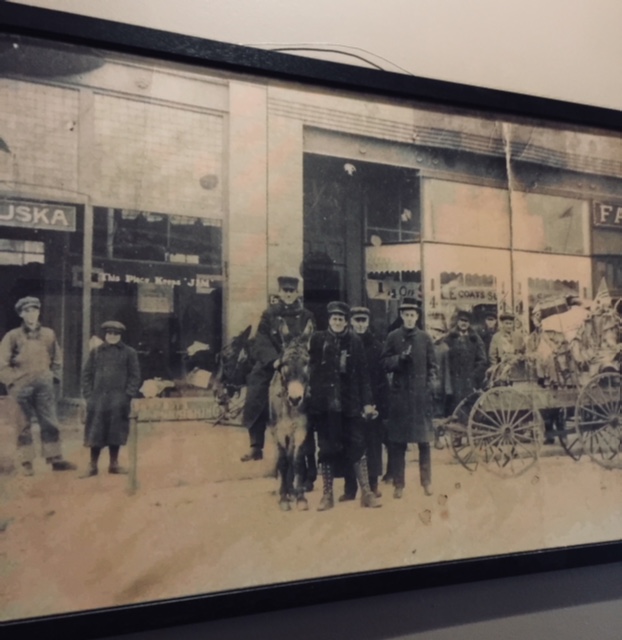 They saw the first cars. Notice the signs and the clothes in the windows.. 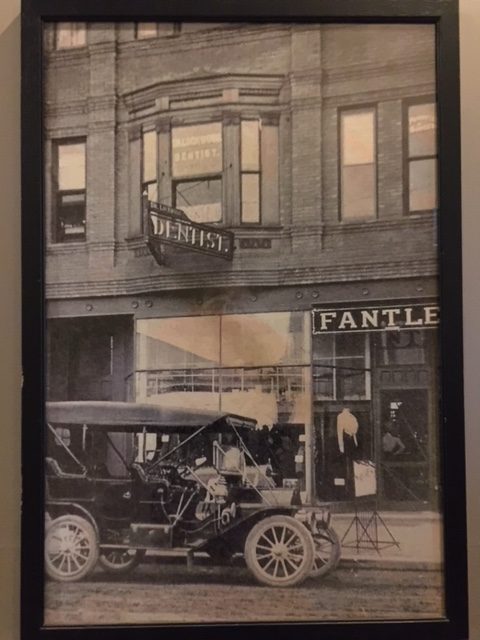 Below is a picture of women shopping on second floor.. Era unknown, but guessing early 1900’s 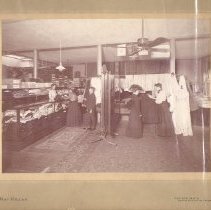 Women couldn’t buy much in the way of finished clothes in the early part of the 1900’s they bought material, patterns, buttons thread.. I love this picture of the main floor. Era 1920’s maybe. The tin ceiling still covers the space, we have the lights, the clock, and a couple of the tables. Women readers…can you even imagine? They made the clothes for everyone in the family. Look at the back wall of patterns! 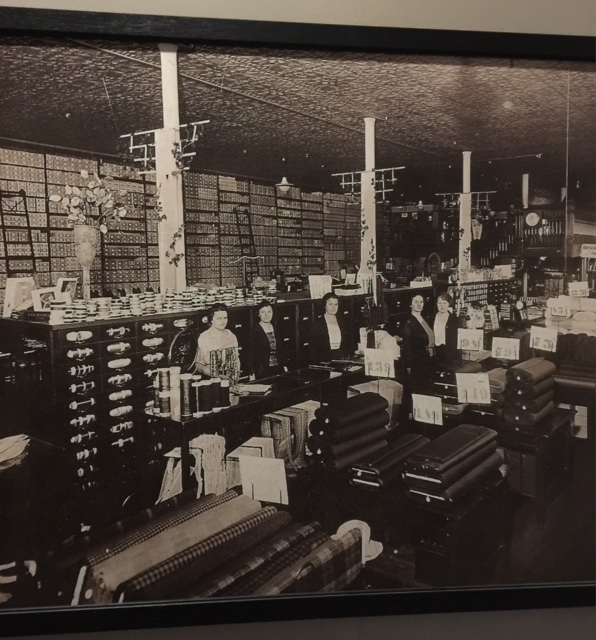 Fantles location was important as well. For years it was the most important corner in downtown. 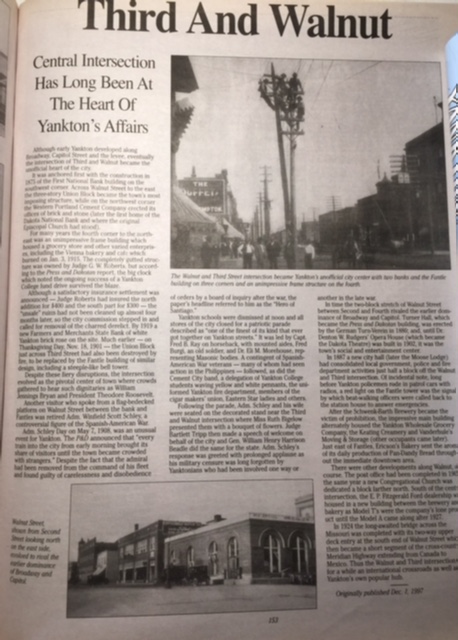 Because Yankton was the Capitol of Dakota Territory,,Presidents campaigned here at the Corner right outside The Fantles.. Below is Teddy Roosevelt. He was traveling the rail gathering votes after the death of President McKinney. Below is his second appearance in April 1903. Speaking from a platform right outside the building at 3rd and Walnut. His listeners included women and children were bundled up against the cold spring, but the bombastic Teddy spoke bareheaded for 15 minutes. Notice the people in the windows.. 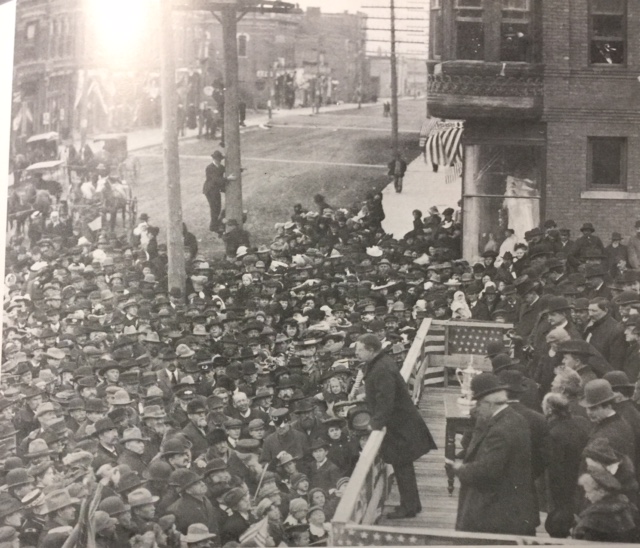 Williams Jenny Bryan spoke to a large crowd in September 1900. He was the Democratic candidate for President, 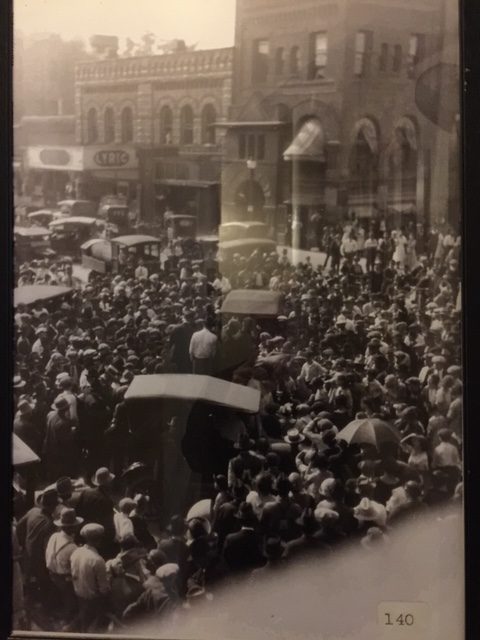 The Fantles saw many changes and “modernizing” through the years.. They grew and soon had 8 stores in the Midwest.

These pictures are what the department store most resembled during in 1940-50’s.  In addition to lowering the ceiling and installing suspended tiles, they also added a beauty salon on second floor of this store..called the Beauty Nook.. 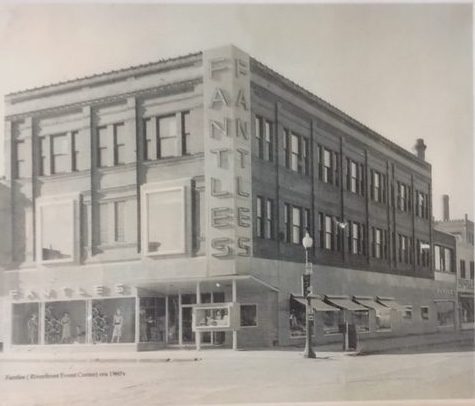 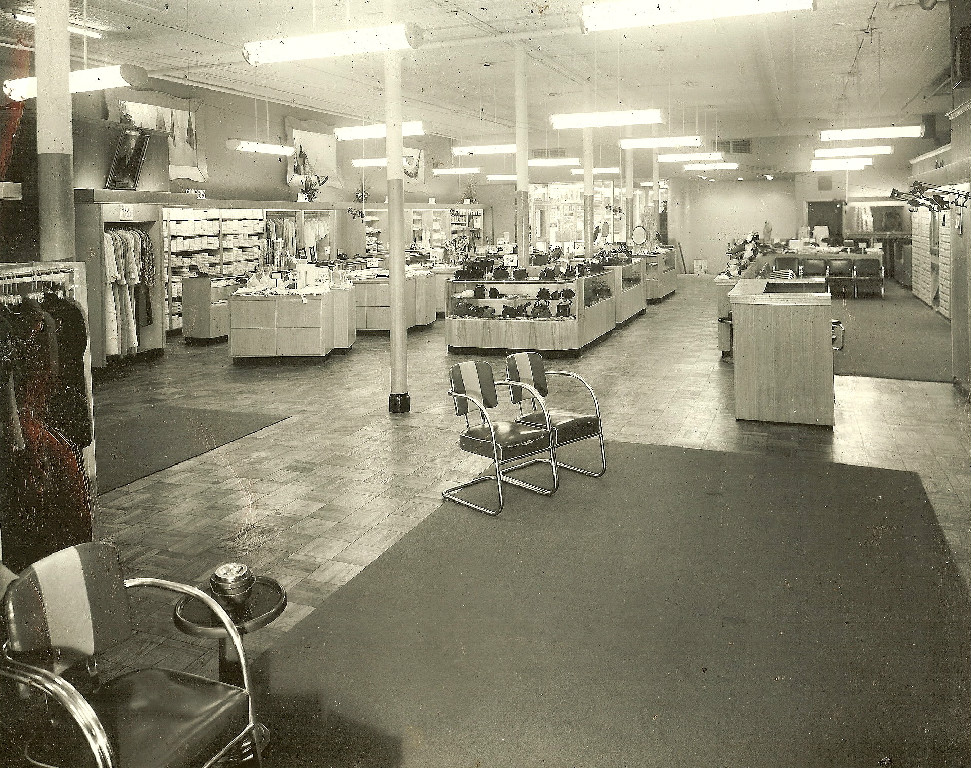 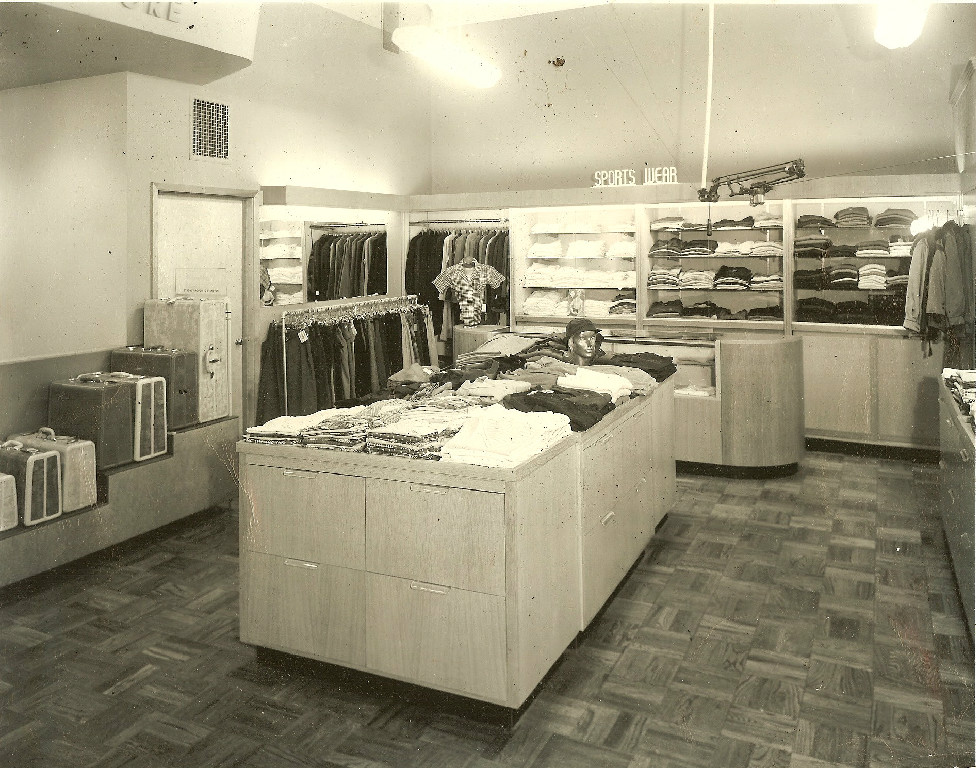 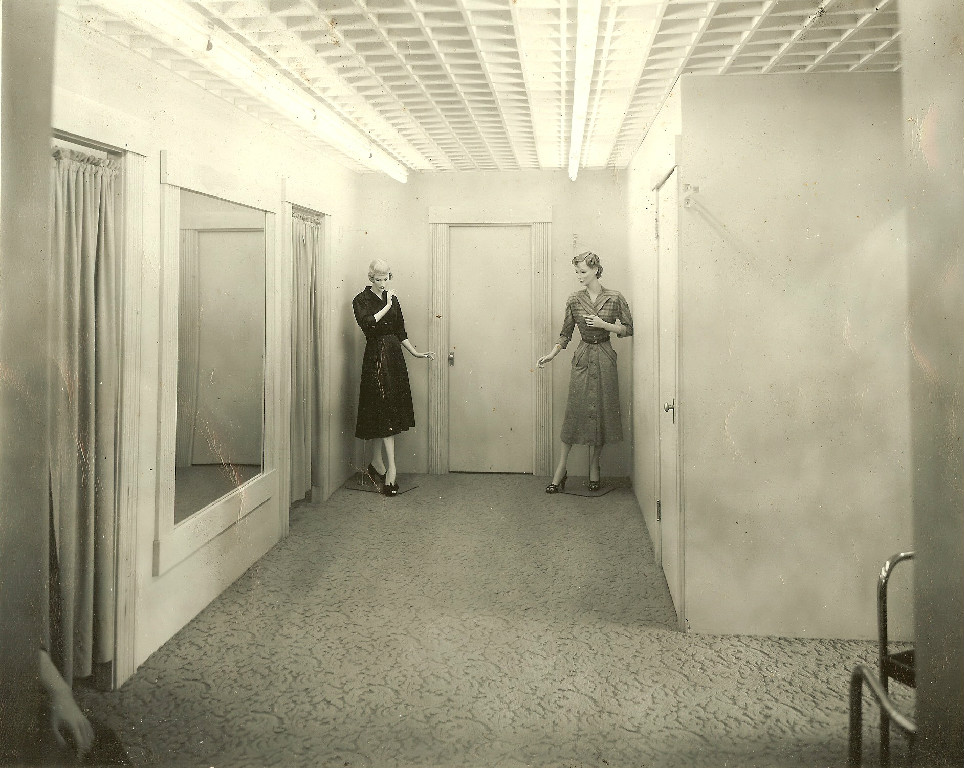 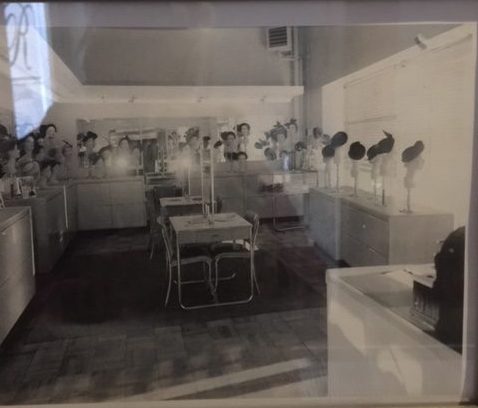 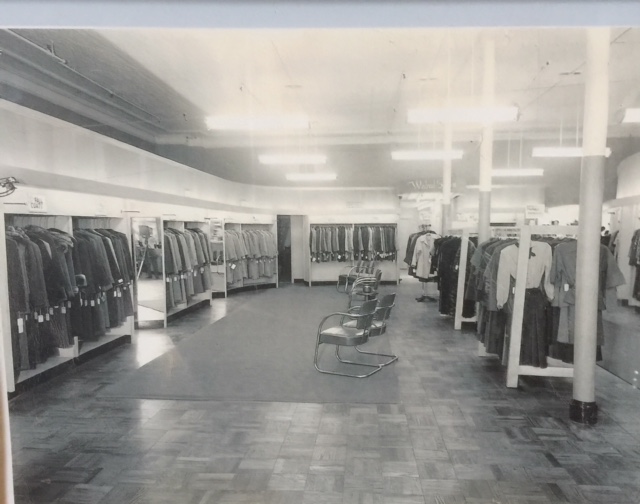 Fantles had become one of the first stores to offer a charge card. (credit cards were not yet available in the world). Little pink and grey cards were used in the 8 stores they now owned in the Midwest. Thousands of people owned these cards. Cards Fantles made in house with the Addressograph machines. The one that resembles a typewriter printed the names on a metal card that then could be placed in the other machine to press the name on the plastic cards. The Addressograph machines made life a little easier as not only could credit cards be made , names could be put on the bill as well. 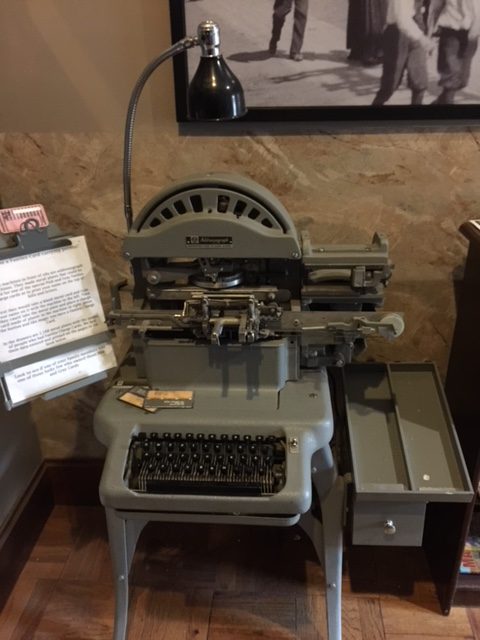 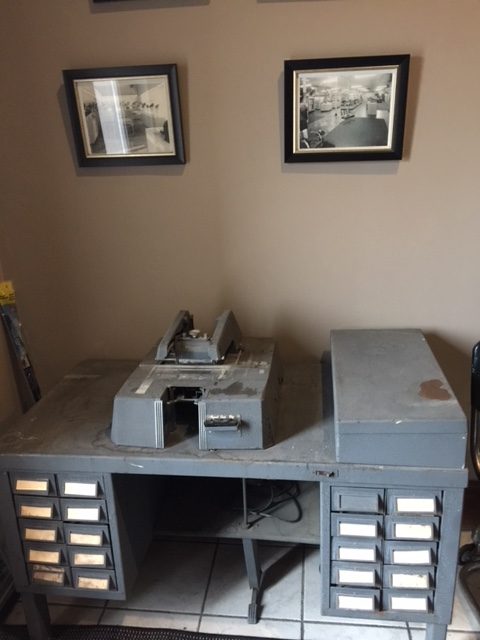 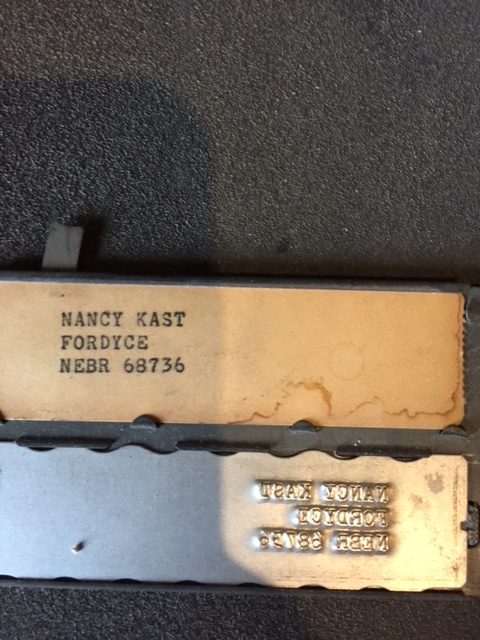 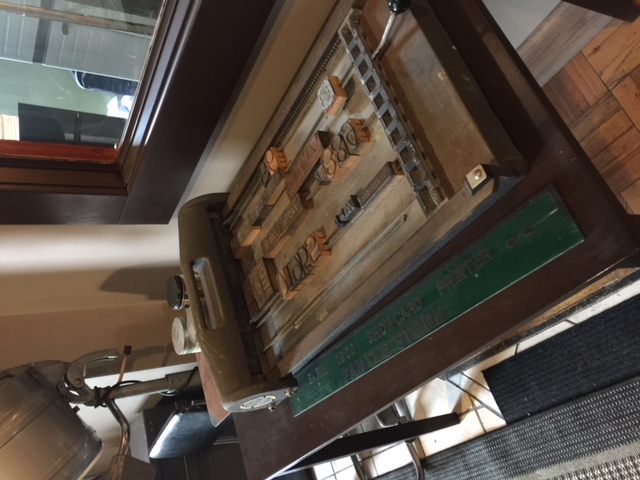 Old Hair dyer and “permanent” curler used in the Beauty Nook.. Yes they hooked electricity up to your head to fry your hair around the rod…Made by Helene Curtis   Explains a bit about my grandmother.. 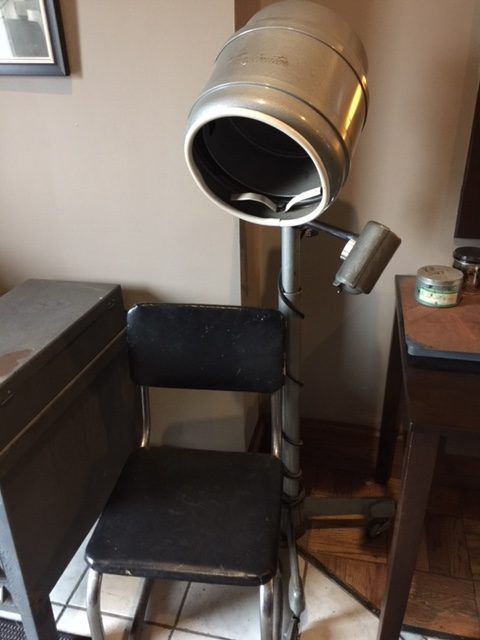 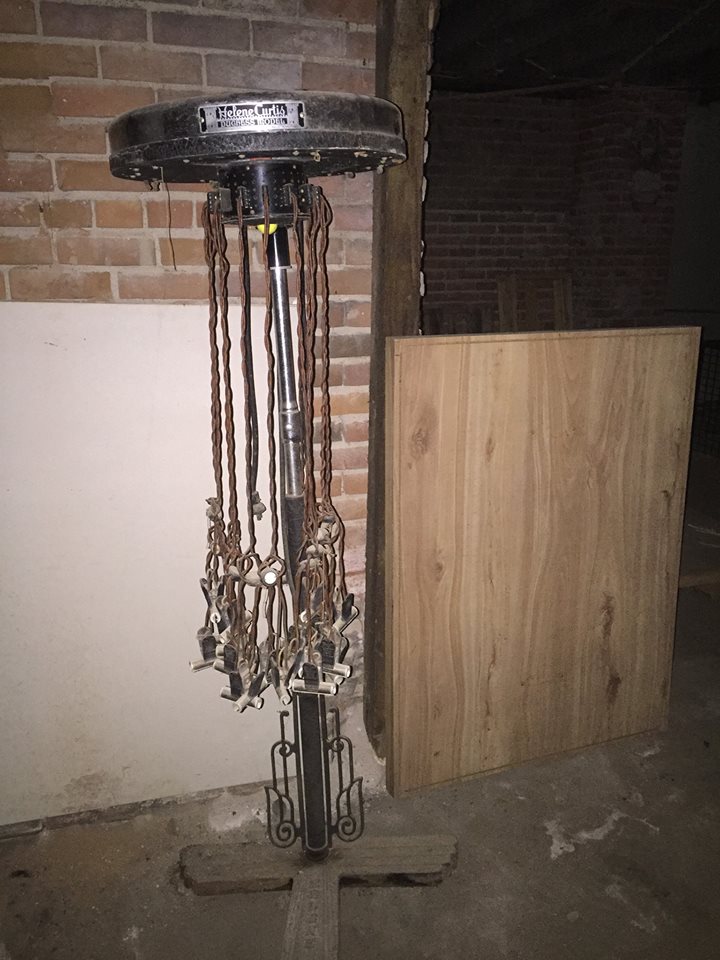 The styles changed and the interior changed. Finally closed the doors for the last time in the late 1990’s, after 105 years.

It was purchased by Bernard Properties, LLC. at the time of the closure.. 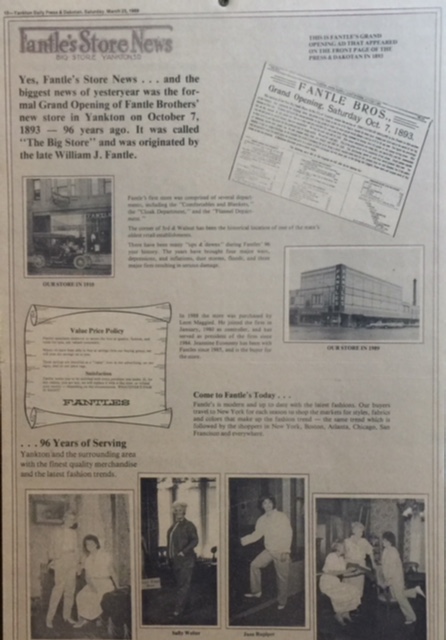 The articles and pictures and many items are on display in the Riverfront’s main floor. Donated to us in part by Mr. and Mrs Levinger, the grandchildren of The Original Fantles.. Other pictures we obtained from the Yankton Historical Society.

Many other items are on display for your viewing pleasure.